The Mio 500 and 505 (also branded under Magellan in the US) are basically the same computer, and could be seen as a cheaper option to the Garmin Edge 810.

The 505 looks pretty sleek. A good touch screen and one simple button. The white will go with just about any bike. For my review I got the 505HC version, so it came with the heart rate monitor and cadence sensor. The box is just like any other box, really. 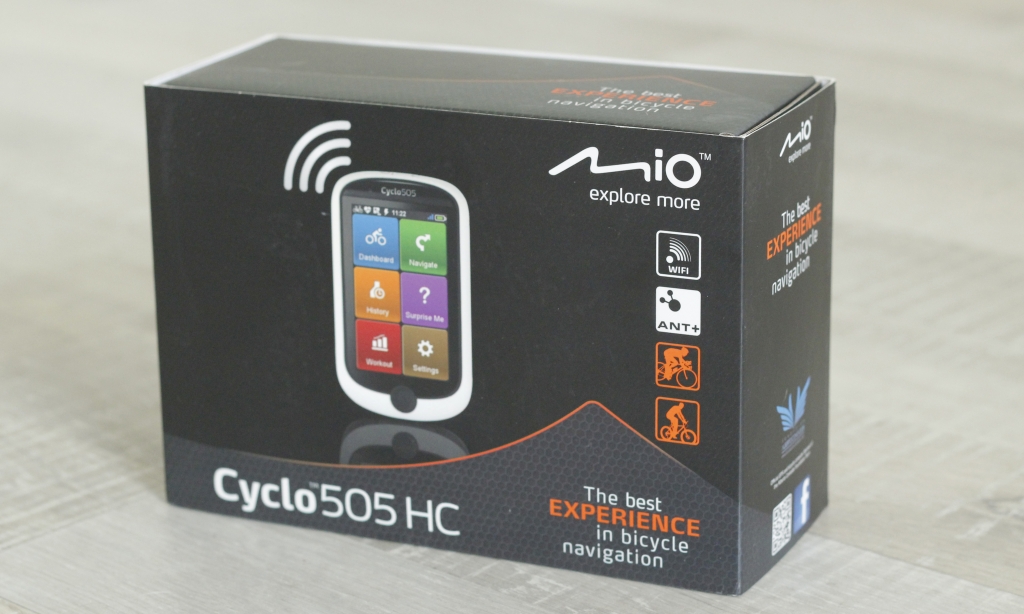 In the box you will find everything you need to get started, the 505 itself, a mount to set it up on your steer or stem (including tie wraps), the HR-monitor and the Cadence sensor (with spoke magnet & tie wraps), along with a power adapter and Quick Start Guide: 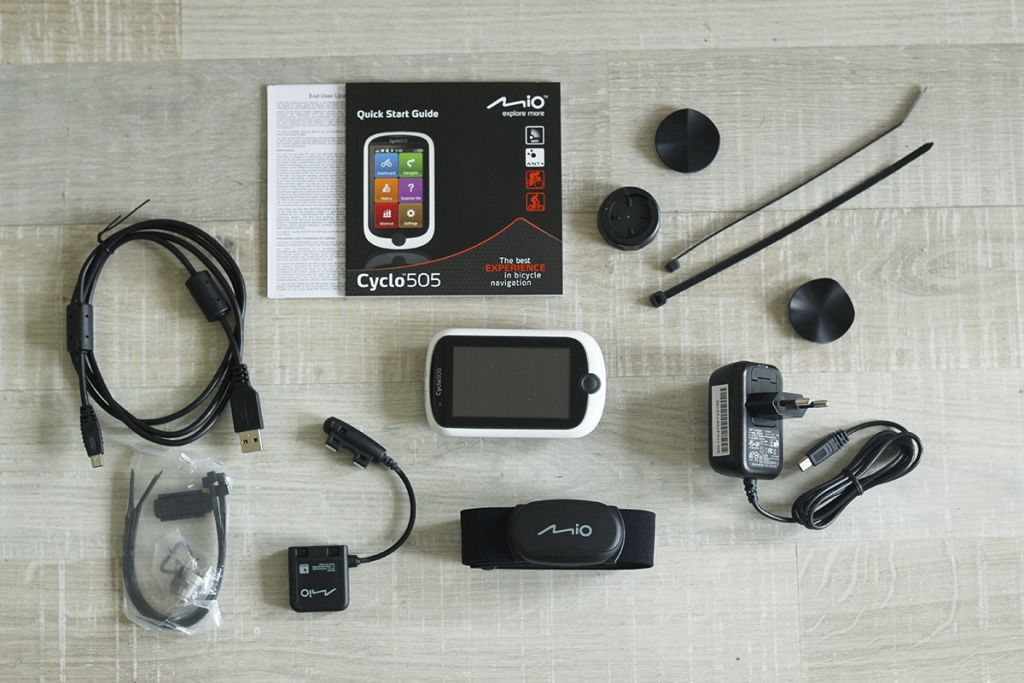 The 3 inch (7.6cm) screen has great visibility and has 240×400 pixels. The device can lock itself after a timeout, preventing accidentally stopping your workout. It’s capacitive touch screen works well. However, during a ride it’s a bit hard to push the virtual buttons as a touch is quickly interpreted as a swipe. A slight downside to this is that when you have the screen tap sounds on, it will actually beep, but not do anything. And as expected, it had some trouble when you’re cycling in the rain, just like your smartphone, as the screen works by electric resistance, water makes it very hard for the screen to distinguish between a droplet and your finger. Don’t worry though, a drop of water won’t actually stop your ride or something. Side note, the device is IPX7 certified, which technically means you could take it for a short swim, so a little rainstorm should be no issue. The screen may not seem that bright in the photo’s but a camera is no eye. It’s background light is strong enough to read it in full sunlight. I actually never had to set it to full brightness. 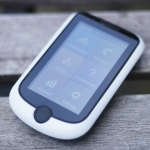 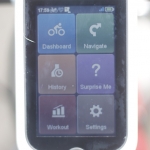 The screen got a bit dirty from the rain, it was easily cleaned though. 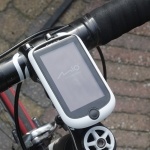 The device comes with a little mount to set up on your steer or stem. it’s quite high compared to some others, but since the device is a bit bigger, it needs this. Otherwise it will jam on the headset. 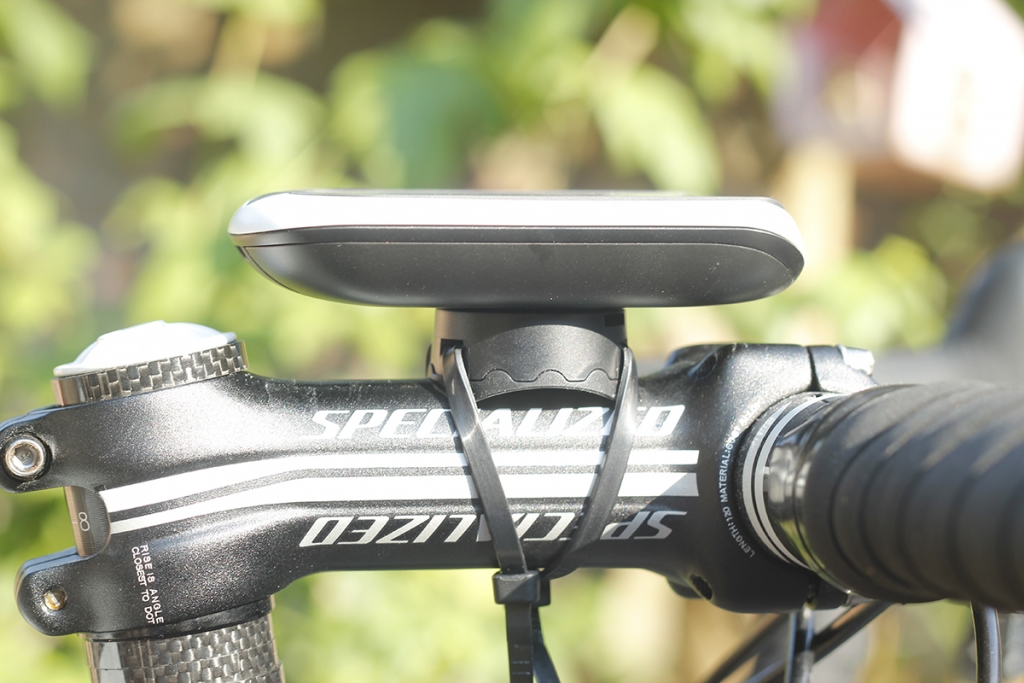 Note the clearance towards the back of the stem.

If this is not enough clearance for you, there are small mounts available to have is sit in front of you handlebars. The mount is not Garmin compatible, so make sure you pick up a Mio.

You can set up two custom views with two – eight fields of metrics. You can choose which metrics are shown in which fields yourself on the device (even during a session). Then there are some fixed pages like Elevation, Map, Navigation, Workout and History, which have space for one or two metrics, which again you can choose. As it’s very hard to take decent pictures of this, I’ve taken these from the manual: 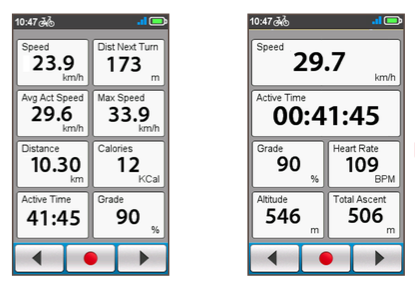 A really nice feature of the Cyclo 505 is the bike navigation. Especially for casual cycling, but definitely also for the more competitive cyclist. It works just like any navigation, but will take bike routes and bike accessible roads. So it won’t send you on the highway. The device gives small beeps a couple hundred meters before you need to turn. Audible enough to notice. If you are using a profile (e.g. car, road bike) you can setup the road preferences for that profile. So for a car you can unselect unpaved and for road bike you can avoid cobblestones. For road cycling you can’t opt out of unpaved. This is where I ran in to a small issue where I got sent on a gravel path. I ignored it and took a little detour, the Mio quickly rerouted and gave me fresh instructions.

Besides navigation, the Mio has a ‘surprise me’ feature. You set the distance and/or a destination address and it gives you three options to ride. It’s said to never give the same ride twice, so you should always see something new. Having lived in my (now old) apartment for about five years, I was quite sure I’d seen just about any road to take. Boy was I wrong. And in a good way. The Mio gave me a little loop, and I got on beautiful roads I’d never even consider taking. I’ll just let the picture speak for itself:

The Mio 505 "surprise me" #navigation option showed me the beauty around Amsterdam. 5years here and have never seen this road before, just 7k from my home. #cycling #nature #mio

A very nice addition, for when you’re home of on holiday, so a big plus.

One other thing I like about the navigation is that is has a quick ‘take me home’ option. I’ve used this on a couple of occasions. For example, I went on a ride in Germany, where I had no clue where I was. So I do as I usually do, and looked at Strava and Google maps to find a decent route and a short climb for a casual ride. I mounted the Mio on my stem and set off. And as per usual, I got semi lost. I was supposed to head back to the Hotel and wasn’t quite sure where to go. So I just hit ‘back to start’ and presto, the directions where there.

When buying the Mio 505, make sure you get the right maps! There are varieties with just the UK, North America or Western Europe. Amazon is selling both and Wiggle only the UK version at the moment, and as far I can tell, switching is not easy! The UK version appears to be a bit cheaper, but the moment you go cycling in France, it’s useless.

The 505HC (Heart & Cadence) comes with a HR-strap and cadence sensor. The device itself is simple. No fancy things, not pretty and maybe even a bit outdated. But easily mounted, add the little magnets and off you go. These are just like any other ANT+ BKM4G sensors and as far I can tell they all come from the same factory. It’s just the brand name which is stamped that’s different. Hey, I could even swap out the battery cover between a Wahoo BlueSC and the Mio. And, as expected, they work with a the CR2032 battery, just like 90% of the cadence sensors. This is actually quite nice. It’s proven technology and you benefit from the mass production. The same goes for the soft strap HR Sensor, it’s a HeartWear ANT+ sensor, mass produced and branded by Mio. Again, a no-fuss device. Just adjust the length, make it a bit wet for contact, slap it on and off you go. 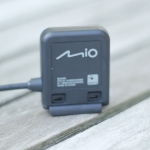 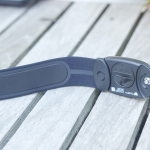 The back and connection area of the HR strap 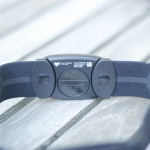 The back of the HR sensor and battery cover 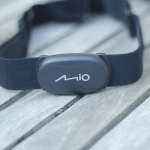 Front of the HR sensor 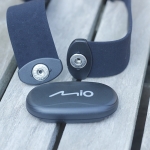 The HR sensor with the clip on soft strap. 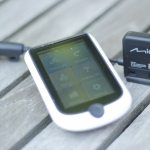 The 505 with the cadence/speed sensor.

The Cyclo has music control and some notifications (incoming text or call)  I’ve paired it with my Android phone and was able to see what was playing, pause, skip and change the volume. However: I would never recommend cycling with music on! When you’re lucky and run Android you should get voice instructions too when navigating. I couldn’t get this to work, don’t see this as a huge issue, the beeps are loud enough and the display’s instructions are quite clear too. So if you are really stuck on your music, it’s a bonus.

It can also communicate with a Di2 system. Tell you your gear, battery status and record this information. A nice feature, but I’ve never wondered what gear I’m in unless it was a very steep climb and I was wishing I had any gears left. Not sure how the data can help, but hey, you can use it.

After you’ve hooked up the Mio to your computer and set your account you can also let the device use it’s built in WiFi (2.4 GHz) to synchronise directly without using your laptop. A nice addition but almost normal or expected in today’s gadgets. After you’ve synced you can pull up your data on the mioshare.com website. You can then see a calendar or table of your sessions. Quite similar to most I’ve seen around. 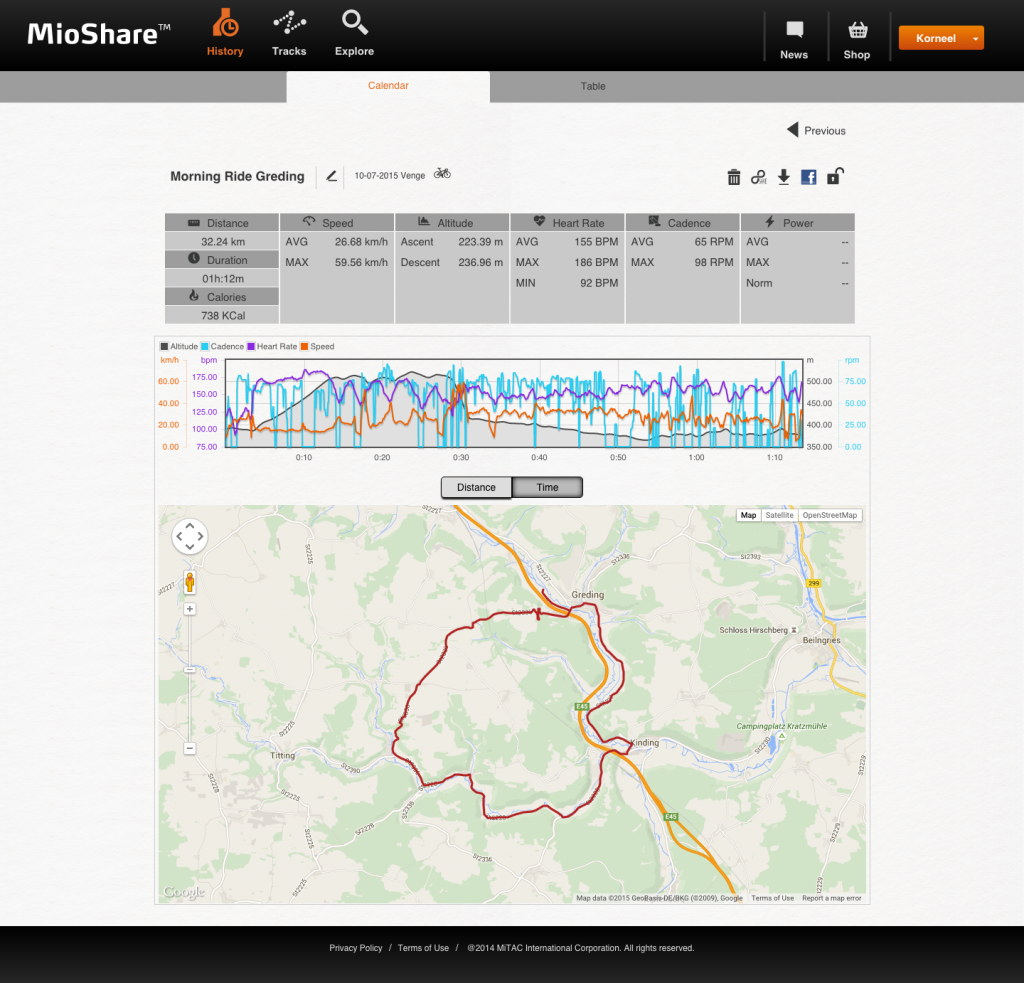 You can see your metrics, toggle them on or off and hover over the graph to see where it was on the map or v.v. 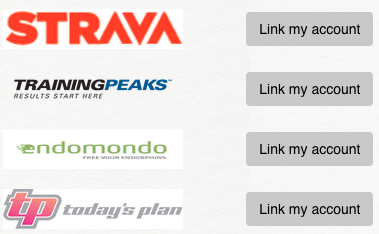 Automatic synchronization to other platforms is easy.

Quite a nice feature is that the Mio Share website allows you to sync your rides automatically with Strava, TrainingPeaks, Endomondo and Today’s Plan. After you’ve registered and linked your device, simply go to Account and choose the ‘Synchronisation Setting’ tab. You will find easy steps to set it up. So, whichever tool you prefer, you can probably get it in there automatically. If not directly from Mio, you can always use tapiriik as a work around. 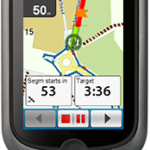 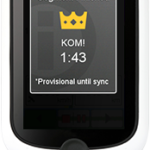 On May 4th 2016 Mio added the support for Strava’s live Segments to the cyclo series. With the live segments, you can see how you match up to other cyclist on a stretch of road, a climb or any segment created on Strava. To use the segments all you need to do is (besides updating your device), pair your Mio with Strava and select which segments you’d like to attack, they will then be added to your Mio device upon synchronisation. Make sure you select the segments you want, Mio & Strava can not guess where you’re going and adding ALL the segments of the world would be a bit overkill (and probably impossible).

I normally don’t really dabble into missing features, but since Mio could technically implement or improve these, I’d like to list them.

Overall I’m really content with the 505, the price combined with the completeness of the package makes for a good buy and will get you on the way in no time. The navigation, maps and metrics it can display makes it a very complete cycling computer, you could start with just the main device and add a cadence sensor or power meter later if you’d want. And if you don’t like what you see, you can change the display settings it on the go. It is a really good deal for the more casual cyclist or beginner rider, go somewhere you’ve never been before en enjoy your surroundings again. As a bonus feature you can use the Mio to run or navigate when driving your car too.

The 500 is the basic cycling computer, it has support for Bluetooth sensors (not quite an issue with BT sensors widely available now) but lacks phone interaction. And the  the 505 has a bit more features:

The 505HC is identical to the 505 but comes with a Heart rate monitor and Cadence sensor. It bundles in a wide variety though, I’ve seen deals with just a HR monitor. Buying you should make sure you get what you expect, also pay close attention to what maps are loaded on the device.

If you like my reviews and blog, and want to buy the Mio Cyclo 505 please use one of these links, I get a small fee for referring you!
The 505 is available for $135 on Amazon.

Side note: if you have an issue with the Mio reporting very high speeds, I had this too. There was an issue with bluetooth speed/cadence sensors which has been resolved. Update your device and enjoy your next ride!